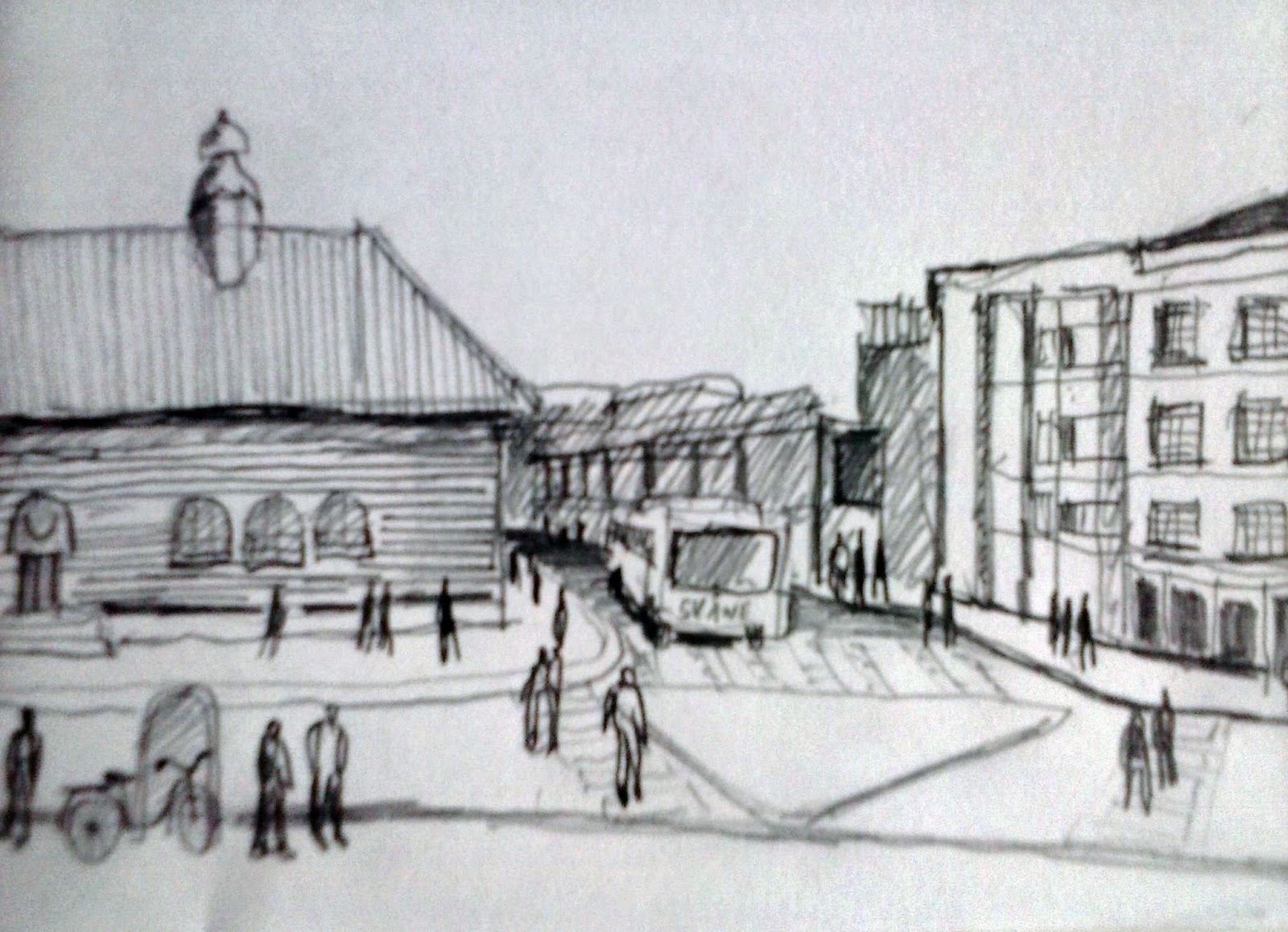 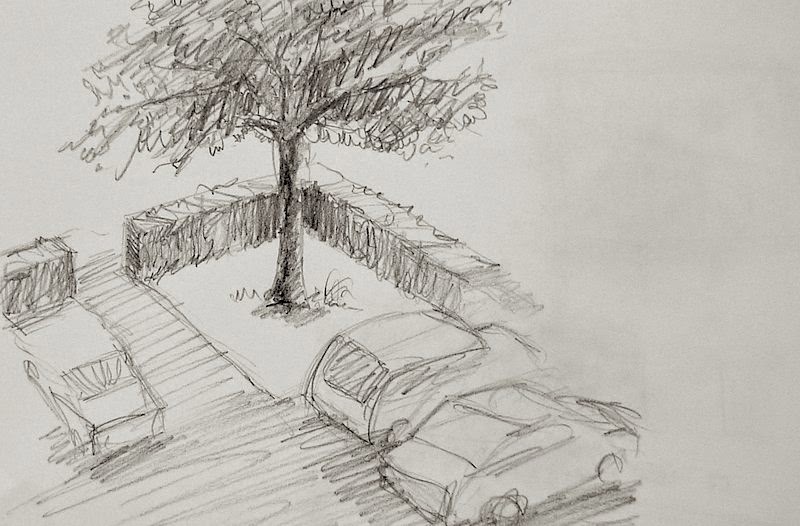 It seems like city planner's first priority are buildings and structures. Then comes facilities for cars – cars occupy an enormous space in urban areas. After that comes cyclists and pedestrians. In the end, if there is any space left, they will plant a tree.
Upplagd av Olaf Johansson kl. 19:03 Inga kommentarer:

Jakriborg is a neigbourhood in Hjärup, a suburb of Lund. Whoever glances at it from the passing train might find it very old and well-preserved in its quaintness. It’s not! It’s deceiving and mischievous. It’s the trickster’s doing.

It was actually built in the 90s by realtors Jakri AB as a pastiche of medieval building styles backed by modern building techniques – below these impressively high gables you can occasionally find a concrete base with underground parking. The streets were designed to mimic medieval vernacular urbanism, with curvy streets and narrow alleys but it all comes out too neatly. It’s not even local Scandinavian architecture that is pastiched, the whole thing just feels very Flemish or German.

Despite all this, the town common was nice enough to spend a few hours and have a picnic. The town is completely car-free in its inner streets and that certainly improves the quality of life for its denizens. Not a sound was heard for hours, except for a few neighbourly conversations. Doesn’t take medieval fake architecture to create nice living surroundings, but Jakriborg succeeds in that at least.
Upplagd av Pedro Loureiro kl. 10:27 1 kommentar: 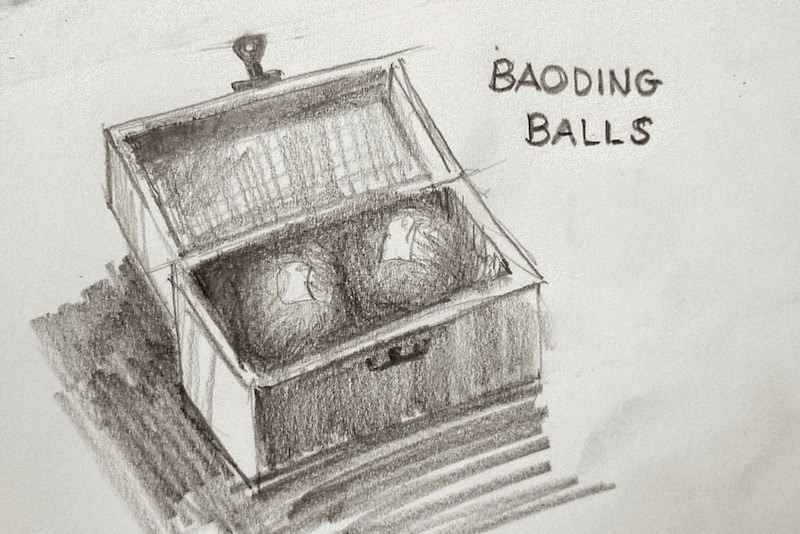 If you experience high stress levels or unwanted anxiety, try these chinese balls. They are made from steel and have (in one fashion or another) been around since the 13th century, believed to promote health and longevity. So far I think they worked pretty well.
Upplagd av Olaf Johansson kl. 21:22 Inga kommentarer:

Yes, the trees are waving and birds are chirping but the rest remains silent and still. No one runs away when you take out your sketchbook. A walk down the graveyard can actually be inspiring. 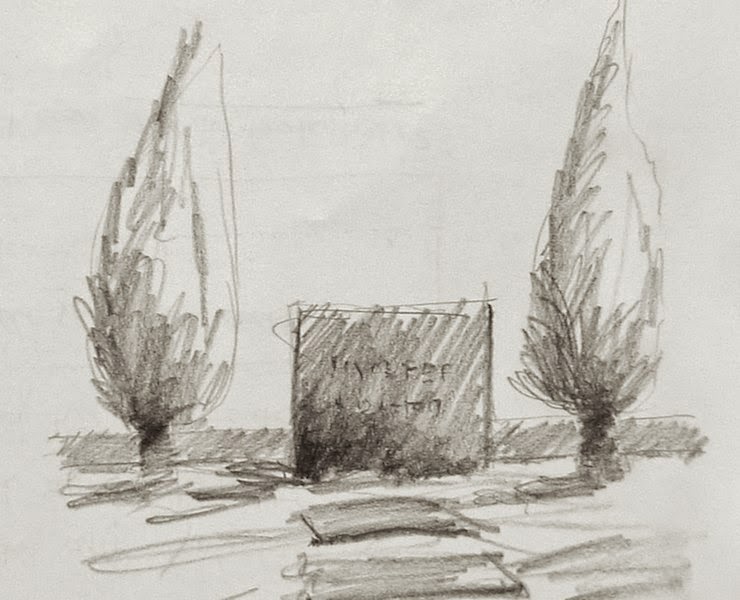