A surprise knocked upon our door: a comic book festival was happening in Stadsbiblioteket in the first weekend of our exhibition. So, just a few meters away from where we’re sketching and showing up our stuff – and in the same building – conferences about comic books were being held, a fanzine market was bustling with activity, battles between comic authors were raging! Such a happy coincidence! 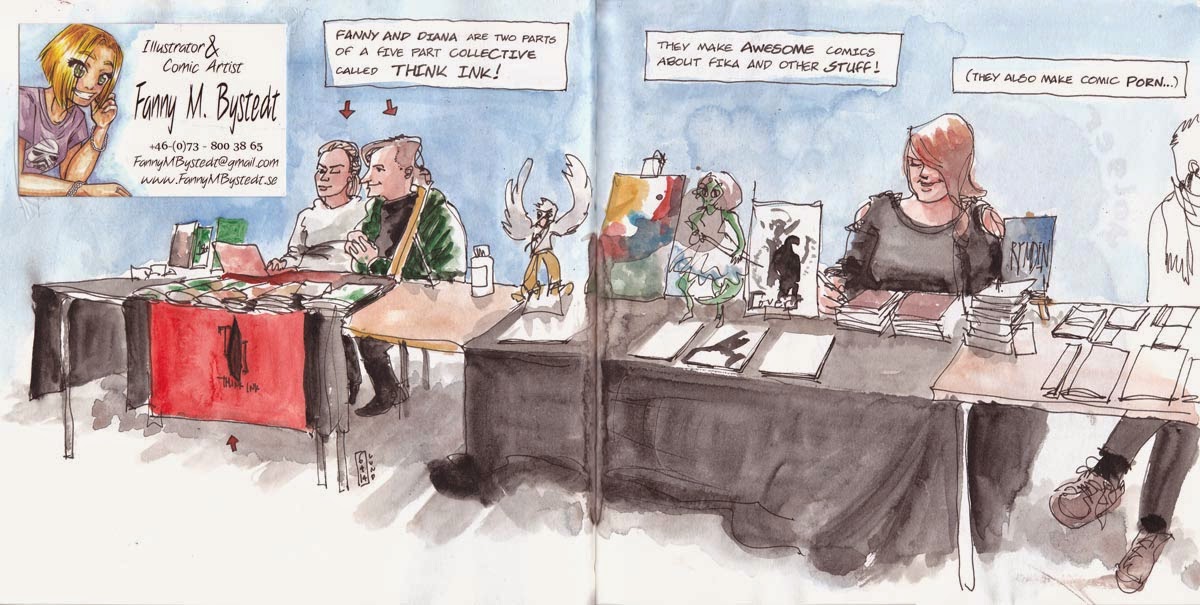 The fanzine market was female-dominated. I guess the comic book guy archetype is quickly fading out. There was also a lot of manga-inspired comics, and quite a lot of comic porn! One group in particular drew my attention: Think Ink – a band of five girls who get together to make comic books. I bought one of their fanzines called The Art of Fika, a compilation of stories that revolve around fika – the legendary swedish habit of sitting down with, friends, coffee or tea and stuffing your face with yummy pastry. It seemed such a cool concept to draw stories around such a simple theme. And the artwork is pretty amazing! 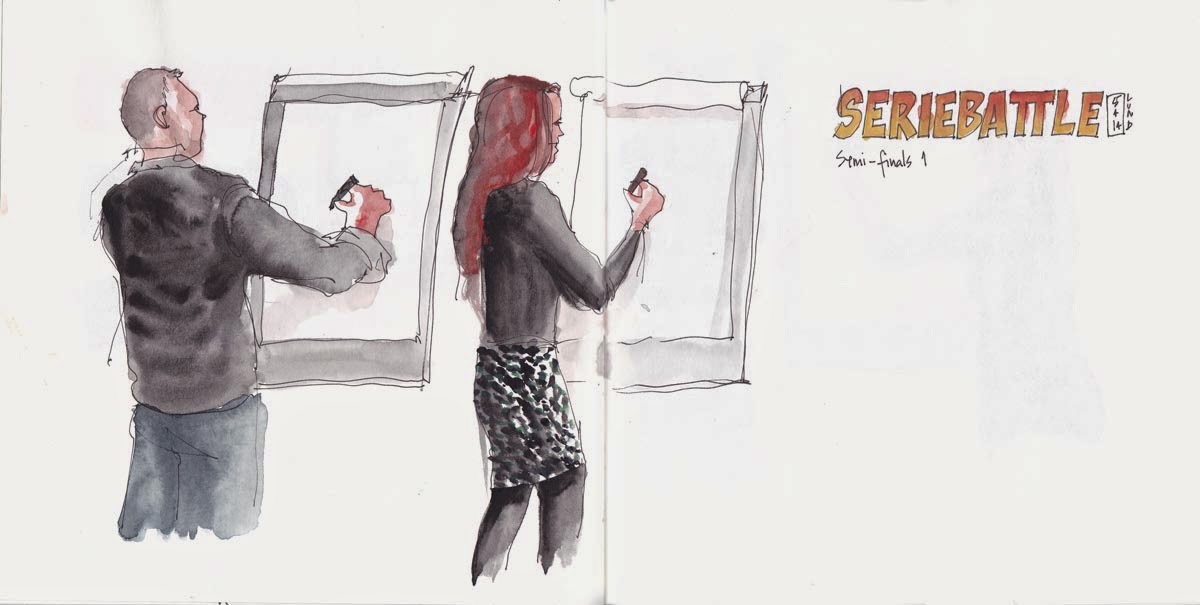 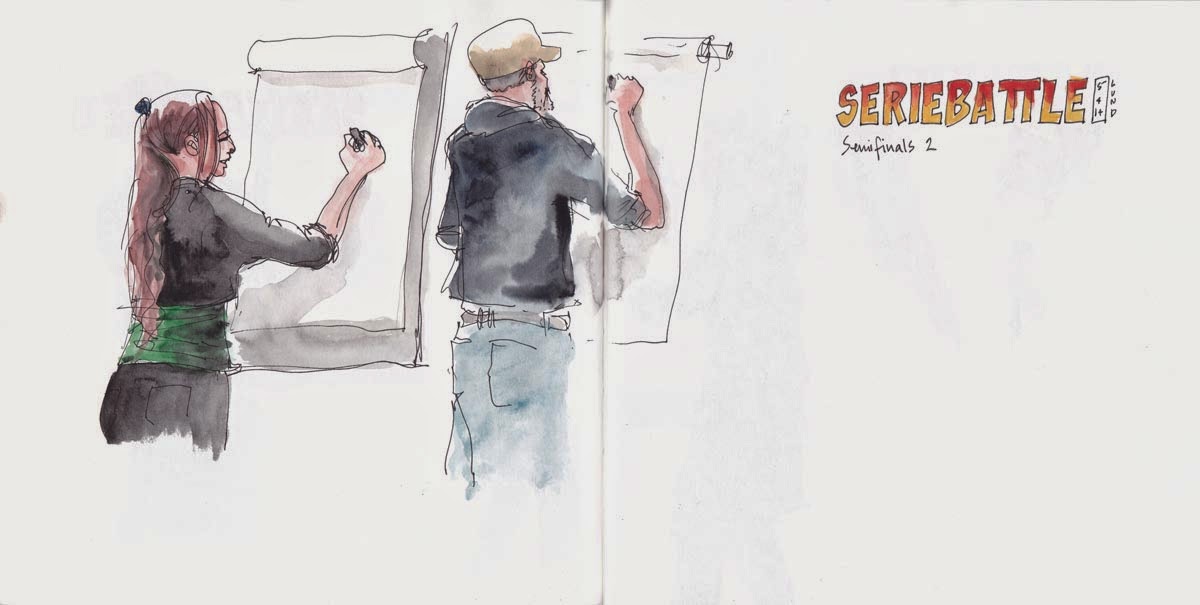 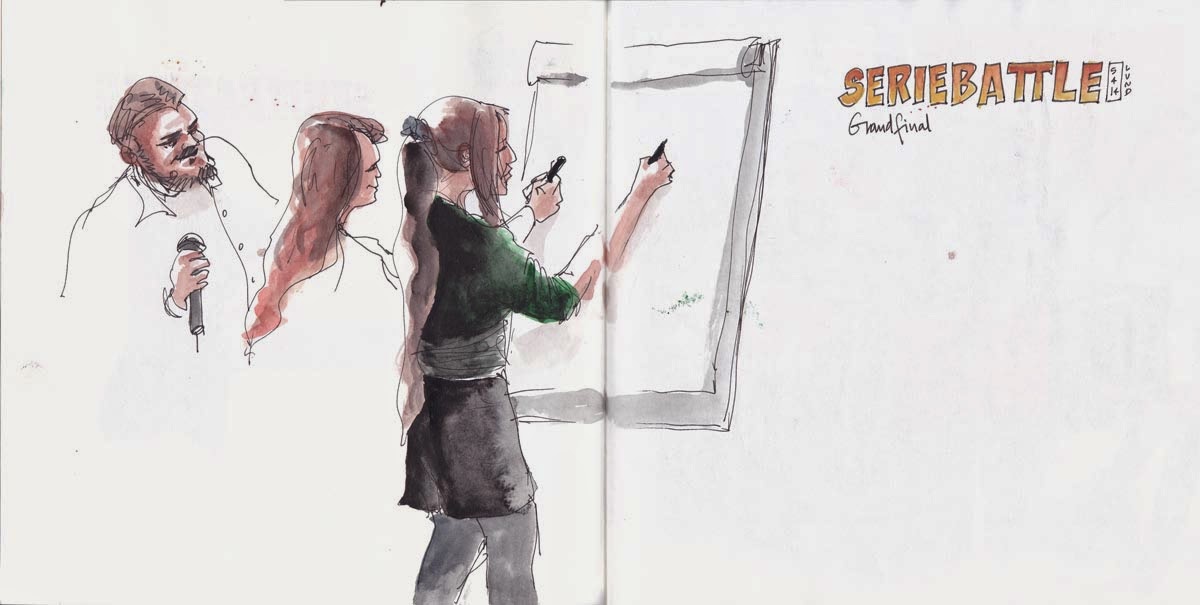 On saturday a battle took place between four comic book authors. Energized by music, the artists would do a sketch based on a theme chosen by the audience. The themes that the authors had to negotiate with – fantasy, fishing and (my favourite) alcohol and dystopia – were fertile ground for the artists to harvest some pretty cool drawings in the five minutes they had. The fun bit was that they could also interfere with each other drawings. 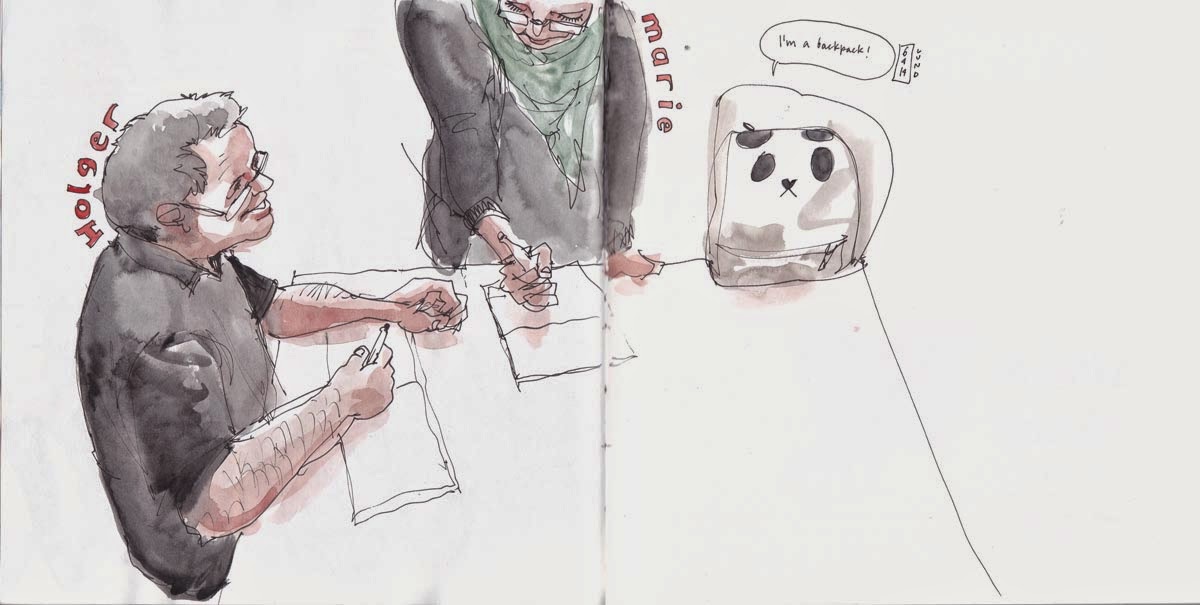 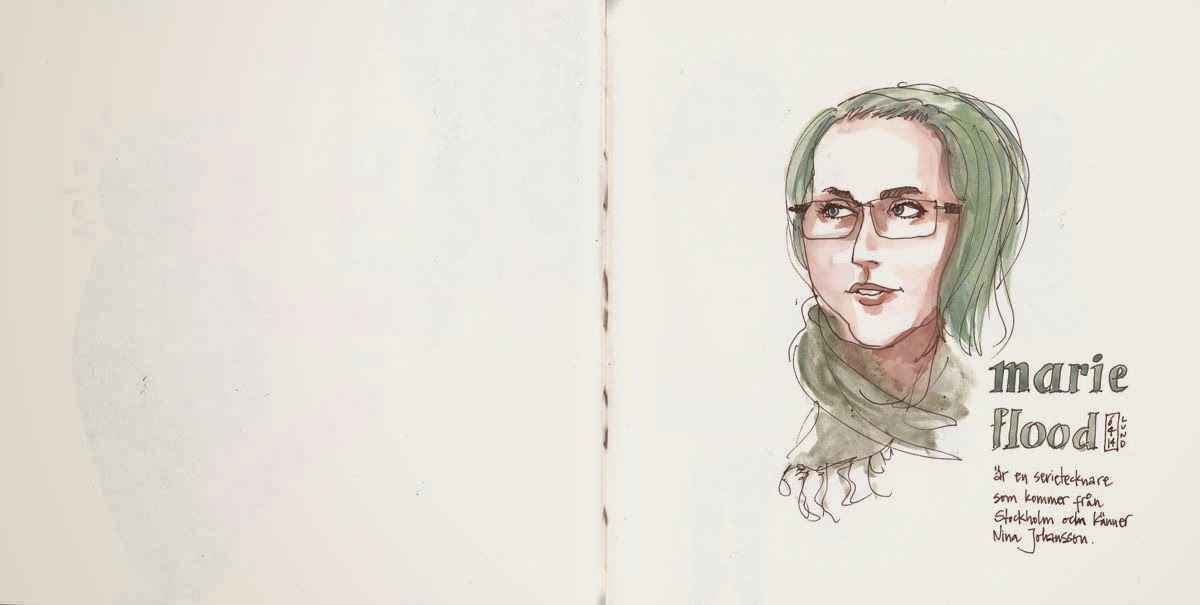 On sunday, Holger – who is a skilled networker – had some conversations with the fanzine girls. He even got his manga portrait done in a sketching duel with one of them. Watching over was another girl, a shy teenager, with an impressive talent, who confessed her dreams of becoming an illustrator. 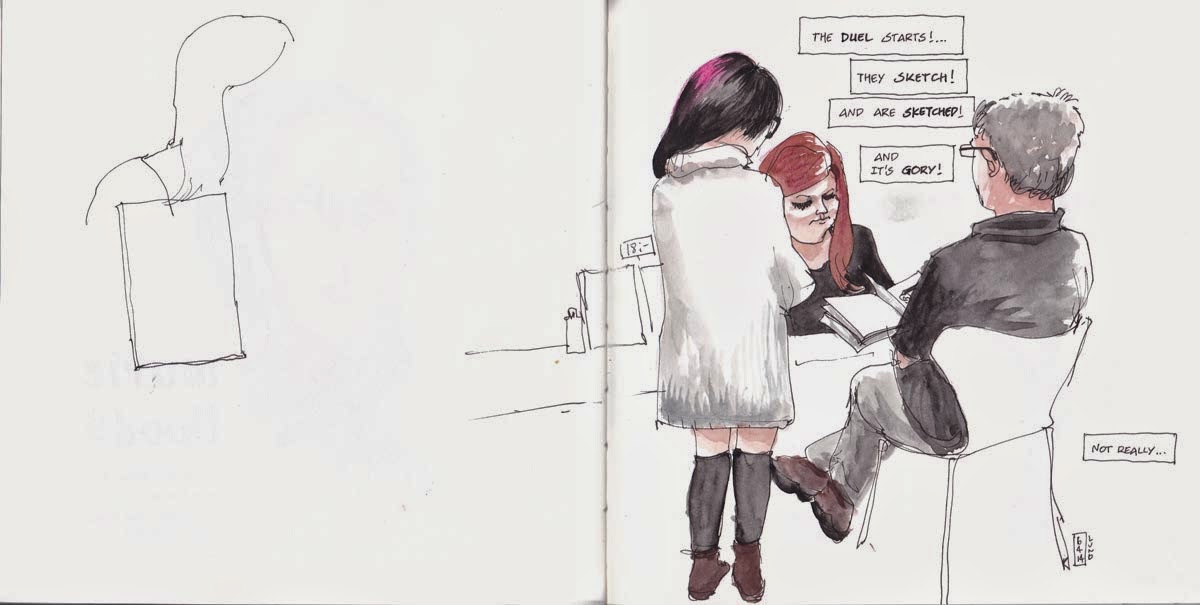