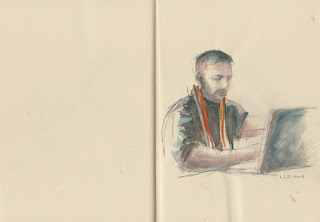 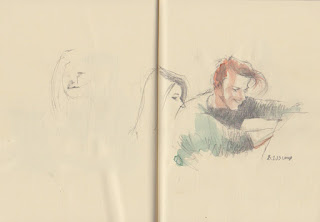 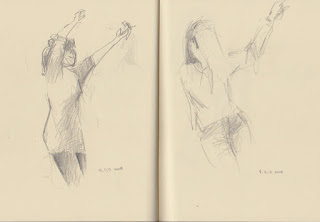 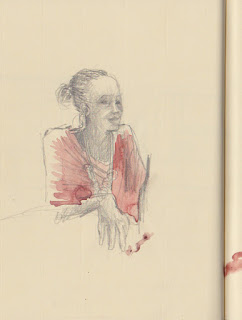 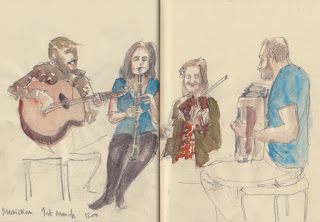 Turned out some of the nice people there were musicians (and even one other sketcher), and soon, banded together in a Swedish-Russian band started to improvise some Swedish traditional music, which tended to sound quite klezmer at some point - jättekul!
Upplagd av Pedro Loureiro kl. 11:01